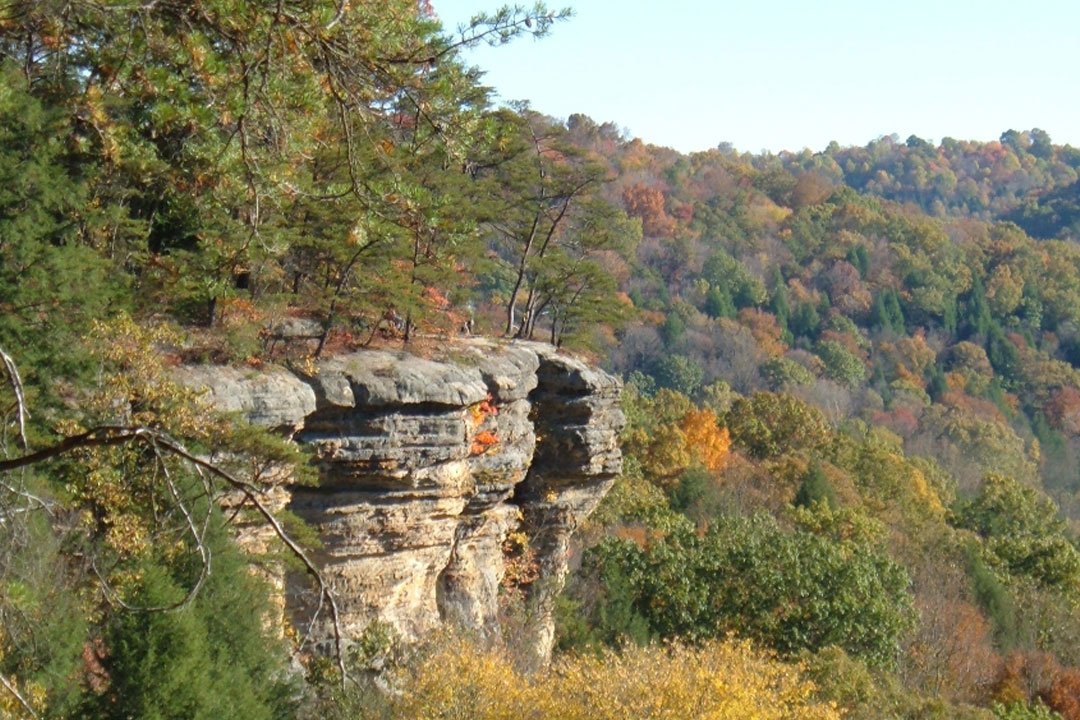 Conkles Hollow is one of the most spectacular features within the Hocking Hills region. Its sheer cliffs of Black Hand sandstone rise nearly 200 feet above the valley floor.

The deep, cool gorge, which is only 100 feet wide in places and is considered by some to be the deepest in Ohio, has numerous waterfalls cascading over its sandstone cliffs. The Lower Gorge trail was recently redesigned to accommodate visitors of all abilities.

The cliff tops with their magnificent overlooks and the quiet gorge beneath offer visitors an opportunity to explore different habitats, each with its own unique plant and animal communities.

About 350 million years ago, this portion of Ohio lay under the waters of a vast inland ocean. Rivers flowing into this ancient sea carried coarse and fine grained sands, depositing them in large wide deltas much like the present day delta at the mouth of the Mississippi River. Over millions of years, these sand deltas were buried by finer textured silt and clay sediments. Eventually these sedimentary deposits were compressed to form a thick hard layer of sandy textured rock, now referred to as Black Hand sandstone.

Great forces of energy within the earth caused the land surface to gradually rise, eventually forming the present Appalachian Mountains. As the ocean waters drained away, the new land surface dried out and became subject to the erosional processes of surface water and climatic extremes.

The newly exposed sediments were weathered away, layer by layer, and washed onto some distant river delta. Today Black Hand sandstone layers are the uppermost of these past sediments and they in turn are being acted upon by erosional forces.

Conkles Hollow was purchased in 1925 by the state of Ohio in order to preserve its scenic beauty. In 1977, the site was dedicated as a state nature preserve.